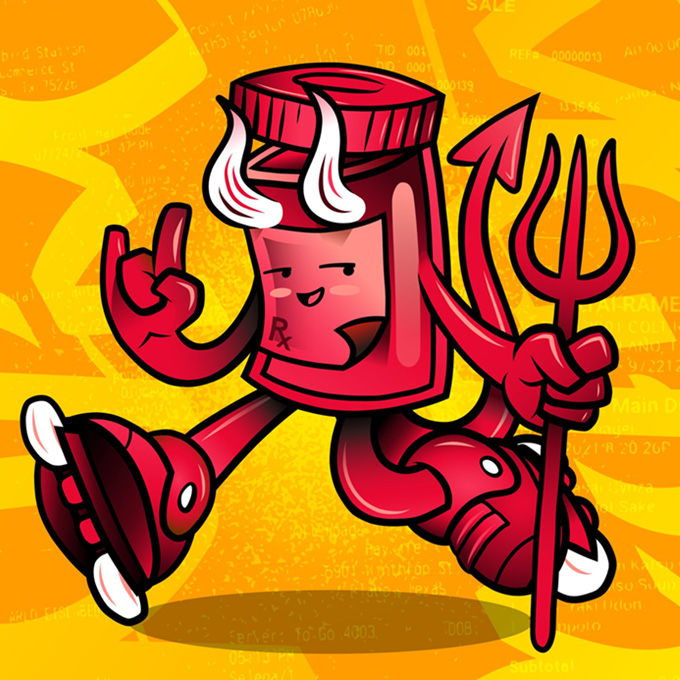 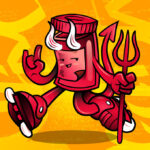 This review of the recently launched (successfully, we might add) Drug Receipts NFT is actually one that is near and dear to our nineties-lovin’ hearts. In fact, it’s safe to say we are giddy kids in a candy store, having been suddenly thrown back three decades. This is the story of three professional inline skating competitors who found their way back to each other. Or something like that. It’s a pretty sweet story.

Arlo Eisenberg, Brooke Howard-Smith, and Tyler Shields were THE pioneers in professional inline skating. They ran around in the same competitive circle, taking names and inventing sweet tricks.

Arlo wowed the world with his win at the 1996 X-Games as a professional inline skater. Based in Plano, Texas, his family opened up Eisenberg’s Skatepark, hosting professional skate competitions and summer camps that they all attended. Arlo went on to open up an aggressive inline skating company with his good buddy Brooke Howard-Smith and that’s when he began his graphic design career which catapulted him into success.

These days, one could say Brooke Howard-Smith is as much a business and TV guy as he was a skater — maybe even more — and that’s says a lot. A TV personality, entrepreneur (owner of Non-Fungible Labs), and artist. His name is also said to have been stamped on the inline skating trick, Royale.

Tyler Shields, as a young skating prodigy, spending summers at the Eisenberg Skate Camp, has actually gone on to not only become a screenwriter, director, and author, but has also become one of our generation’s most prolific fine-arts photographers, known for daring and controversial depictions both risky and savage. Pretty much, he doesn’t give a f#@ck.

What do you get when you bring these three lifelong artistic and athletic friends back together? A trifecta of NFT brilliance encapsulated within a daring NFT collection that will surely knock your socks right off.

Introducing the newly released NFT collection: Drug Receipts. 10,000 unique, programmatically-generated characters stored as ERC721 tokens on the Ethereum blockchain. The collection is built around four base characters: The Capsule “Cap,” the RX Bottle “Rex,” The Syringe “Syrin,” and the Tablet “Tabbi,” and hundreds of unique attributes spread across over a dozen categories.

What we really love about this collection is that these artists have crafted each NFT so that every holder is stoked about the individuality of their token. Easter eggs and surprises are placed purely to delight and give the holders a chance to engage. Of course, given the trio’s background, it’s no surprise that holders are also treated to cool giveaways, merch, 3D Avatars, live events, collabs, epic conversations to challenge and make you think, organizations to support, and a promise of more. Yes, MORE.

Oh yah, and they also offset the carbon footprint by partnering with CarbonClick, which we think is pretty cool.

Why the name, Drug Receipts? Arlo made it a habit to doodle on diner receipts. He began posting them on Instagram, and as they evolved over the years, these misfit characters became well known. Arlo’s  graphics present often taboo themes that contrast superbly with their super plucky and bright appeal — and he doesn’t shy away from topics. It looks like he’s poured these same emotions into the Drug Receipts NFT collection.

The group hosted a surprise auction last month in which an illustrated-by-Arlo drug receipt collected a whopping $11,000 in cryptocurrency. All proceeds went to the medical needs of a Dallas-area bartender who suffered horrific injuries after an epileptic seizure. “Our roots are in the service industry,” said Eisenberg, “We wanted to take the opportunity to give back to the community who gave us so much.”

So, yes. It’s cool that they have heart, not just talent.

Honestly, the art is just, wow. We love it. It’s fun, brims with personality, and it makes you think. It gives you pause. Which, we think, is the point. These little buggers are a conversation piece for sure. But even more than the art, we find the relationship between these life long friends appealing. From vert skating to this beautiful NFT space and selling out during the initial launch. What’s next for these guys? Sure seems like this trio has no limits.