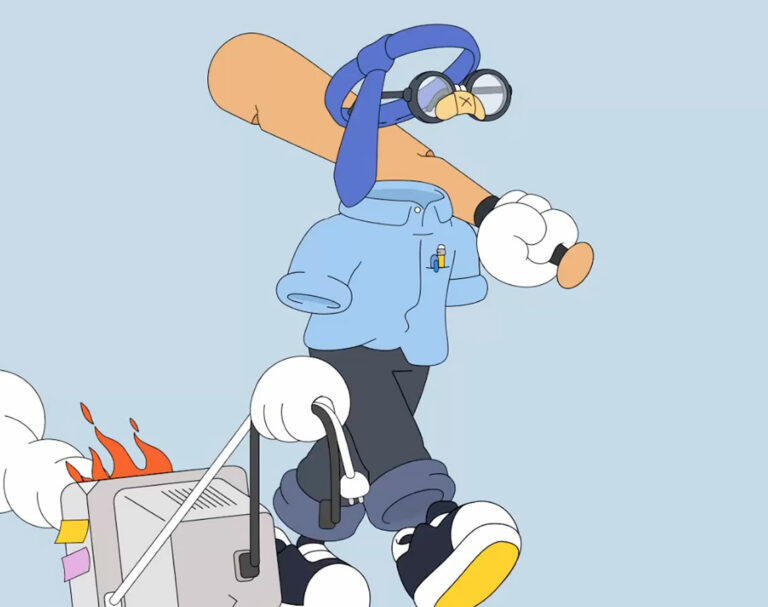 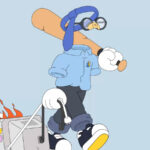 There is still a lot of unknown about Invisible Friends, but the current hype for this NFT project is way too big to ignore. What we do know is that Swedish-born animation artist Markus Magnusson, is the creator behind this project. He is also an online teacher of character animation.

The Invisible Friends NFT consists of — what else? — invisible characters performing animated walk cycles while representing people in everyday life. The illustrations style is refreshingly clean with fun elements that define individual characters and their emotions.

For example, the baseball-bat-carrying office worker with a tie wrapped around his invisible head drags a computer on fire. This is a cute and hilarious depiction of a fed-up programmer or office worker who’s had enough. Remember William Foster? Michael Douglas’s character in the motion picture Falling Down? Ya, that.

Invisible Friends is part of the Random Character Collective which is a small group of talented animators sharing a similar vision. Releases include: Slimhoods by James Curan (the founder of Slim Jim Studios) and MoodRollers by Lucas Zanoto.

The community is off the hook on Twitter. Over 140K followers at the time of this writing. The Random Character Collective discord is no joke either with a ton of followers. The buzz behind this project keeps on growing.

Update: Looks like the launch has been pushed back to February. Also, they are implementing a point system for the whitelist. 4 points and you’re on it. For example, each Slimhood or Moodroller is worth a point. Buy 4 and you’re on!