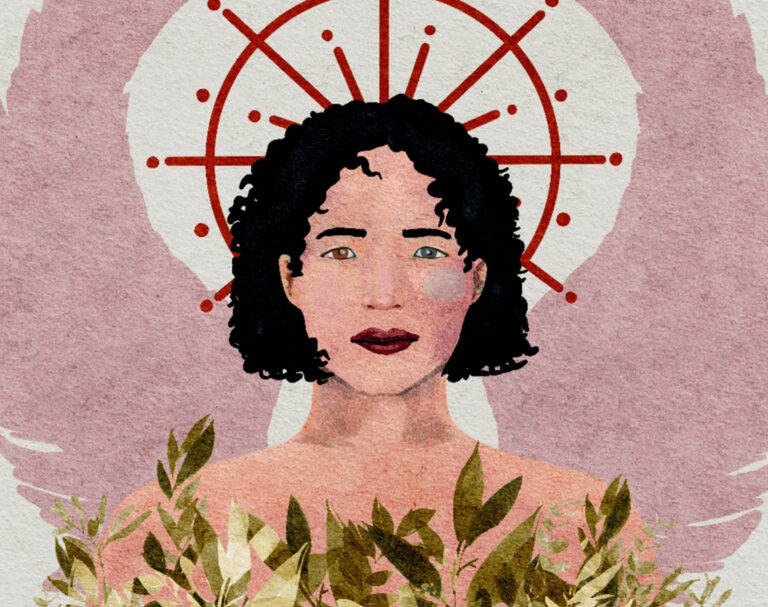 Meta Angels is a collection of 10,000 unique nfts created by amazing Māori-Australian artist, Sarana Haeata, This women-led and inspired collection is set to launch next week (Tuesday, Feb. 8th).

We were very fortunate that co-founder Allyson Downey was willing to give us some of her precious time as she and her team prepare for the big launch of Meta Angels.

TH: I looked over your bio and you have contributed quite a bit to the world of motherhood, and in particular, mentoring moms on how to advance a career through parenthood. Has the journey of parenthood contributed to the empowering vision of Meta Angels, and if so, how?

AD: One of the things that’s been a common thread for me in all aspects of my professional life is having the luck to be surrounded by people who have an intrinsic desire to lift each other up and support one another, sharing their learnings to help smooth the path for others. When I was working on Here’s the Plan, I was able to connect with more than 75 incredibly successful women who had successfully navigated the choppy waters of keeping one’s career on track while having a child — and they were open to sharing both their challenges and their learnings with a great deal of candor. With Meta Angels, my co-founders (Alex Cavoulacos and Max Siegman) and I were looking to assemble a like-minded group of people that anyone could tap for advice or support… and we’re seeing that come to life in the Meta Angels wishing well, where people can post an ask and have other community members jump in to help out.

Right now, the wishing well is general, with all “wishes” and offers coming posted in a central repository, but ultimately, we anticipate having themed sub-channels of wishes that make it easier to navigate as we continue to achieve scale. Today, though, we do have a #meta-parents channel where the parents in our community are gathering to have open, candid, and real conversations about having kids, and I can see that continuing to evolve as the community grows. For instance — someone might post that they need someone to help them role play in advance of a conversation with their manager about maternity leave.

TH: When nfts first came out, the one thing that entirely surprised me was the vast anonymity of the nft team leaders. Meta Angels, however, has taken a different approach. Not only do you disclose the identity of every one of your team leaders, but you reward members who also are willing to confirm their identity. Can you explain why you think many nft companies prefer anonymity and why you feel transparency is important?

AD: With NFTs and crypto, because everything is on the blockchain, I don’t fault people for wanting to maintain some privacy. There are also plenty of people for whom transparency isn’t an option, for professional or even safety reasons. And I love that Web3 is giving people who might not otherwise be able to show up in the “real world” as their authentic selves a place that they can make connections and feel a sense of belonging.

With Meta Angels, though, we’re really invested in building a bridge between the metaverse and real life. We want people to be able to use the connections they’re making in the metaverse to unlock real life opportunities — whether it is a new job, mentorship, or feeling they have a community of support as they’re doing things like starting their own business. And to do that, you need to know who people are. We’re by no means mandating community members reveal who they are publicly, but we’re encouraging more transparency than is typical in web3.

It was also important to us to signal to our community that we’re committed and trustworthy, and staking our personal and professional reputations by disclosing our real names is part of that.

TH: You have a loan system associated with your nfts. Can you briefly touch on your motivation for that and explain how you think it will affect the nft community as a whole?

The possibilities around loaning the membership benefits of NFTs was really the impetus behind launching Meta Angels. We wanted to build a values-driven community centered around generosity, transparency, and accessibility — but also wanted to ensure that the people who could most benefit from a community like that wouldn’t get priced out. I shared a Twitter thread outlining the motivations behind it and our intent for it a couple days ago, and it’s been really heartening to see the enthusiasm, particularly because I think mechanisms like this are foundational to diversity and inclusion in the NFT space. We’re hoping that our smart contract structure is something that others building communities choose to adopt as well.

TH: According to the Meta Angels website, your nft artist, Sarana, lives in an indigenous village in remote Australia. How in the world (literally) did you connect with her?

AD: It was the magic of Twitter! Geena Anderson, also Australian, has a series called LFG — Let’s Fund Girls — in which she spotlights a woman artist to help them increase their exposure. She’d tweeted one of Sarana’s NFTs from her genesis collection. I responded that I felt like I’d had the same lightning strike feeling I had when I first saw Varvara Alay’s Flower Girls. I reached out immediately, and when we connected over Zoom the next day, it felt like it was meant to be. She’s not only an absolutely incredible artist, but an incredible person as well. And she has achieved things with Meta Angels — like depicting the entire gender spectrum without anchoring any individual traits as male or female — that I’d have thought impossible. We’ve been sharing previews along the way, but I’m so excited for people to see the whole collection…. in its entirety, it really is mind-blowing. It’s truly a collection of ten thousand 1/1s.

TH: You have a powerful team with an impressive collective resume. If you had to attach a superpower for each of the team members, (Yourself, Alex, Max, Sarana, Gabriel, Randi, Ben, Mai, and Meredith) what would those be?

I think of myself as a super connector; my first thought when I’m meeting new people – or talking to people I already know about something they’re working on – is “who might I know who could help this person?”

Alex is a builder at her core and is the consummate problem solver. I’ve always known from afar how impressive she is, but having this chance to work with her has really shown me what a force of nature she is.

Max is the NFT expert among the core team; Alex calls him our NFT encyclopedia. With one year of NFT experience under his belt, he’s one of the earliest adopters in the space. He has a remarkable knowledge of the overall market and projects out there, and a talent for identifying what makes each project and community tick.

Gabriel is also a serial entrepreneur; he, like Alex, led a company through Y-Combinator, and he’s an incredibly experienced and insightful engineer who is the brains behind the execution of our lending capabilities.

And Sarana is a visionary artist; you’ve already heard me wax poetic about her but her talent is a gift to us all. I’d be remiss in not calling out Tom, Sarana’s husband and now business partner, who–because of the enormous undertaking of launching a human-based 10K project in under two months–has led the operational effort behind ensuring we have all of the art elements we need. They’re a dream team.

We have an all-star team of advisors as well. Randi is better than anyone else at making Web3 feel accessible to newcomers. I call Ben the “figurer-out of all things Web3” and Mai is deeply committed to education and making the NFT space feel safe. Meredith brings decades of experience in building businesses and thinking through the organizational structures for long term success.

I feel so fortunate to have the opportunity to work with all of them, building a brand for the long-term.

TH: What do you think of garden gnomes?

AD: I always find them amusing when I see them in the wild, but I’m more of a minimalist in my own backyard.