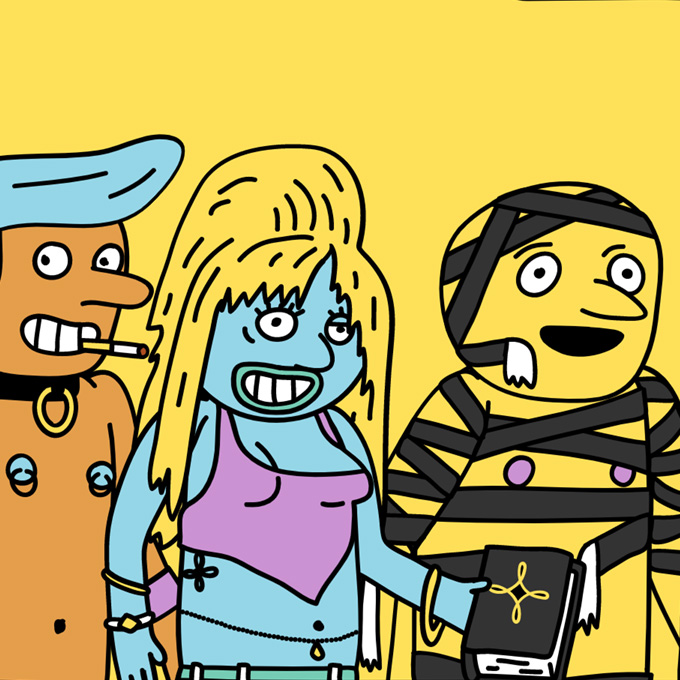 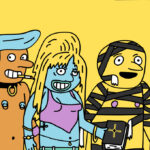 The Weirdos NFT Review
Final Hype
If you are a weirdo or an art collector, this NFT might wet your whistle. We know, that's weird.
Community
8.8
Roadmap/Utility
8.5
Artwork
9
Team
8.5
Pros
Solid stylized artwork
Branding is spot on & fun!
Original idea & story
Team is a little invisible
8.7

Adulting can be one of the more doldrum facts of life, but not doldrum anymore with The Weirdos NFT collection — I feel right….er, I mean, you’ll likely feel right at home with this cult gang of adult-themed, outrageously familiar characters that live in the Wierdoverse. It all started with the 412 already-released, hand-drawn OG Weirdos, created by founder and artist Ghostbreath. We’re big fans of the art’s playful vibe and it’s obvious the artist has a wild imagination. His Twitter page says he is an award-winning illustrator and motion designer.

But let’s get to the gist of The Weirdos….it’s 2222, but it may as well be Orwell’s 1984…The State is a control freak, keeping The Weirdos’s population at bay. The Weirdos obviously must’ve grown some balls because they’ve recently decided to fight back by stealing the blueprints. And shrewd, too, because they are building their own cloning machine for the purpose of building an army to get back their power.  The Cloning machine has the capacity to create Weirdo clones which will be pivotal to the battle at the Cloning Event. But wait! The State has become smart to their actions and have retaliated by also cloning themselves. In all, there will be 9,727 clones. The Wierdos vs. The State.

The Cloning Event, though, will not happen until enough rat milk (Mmmm, yummy) is collected, and it’s the community’s job to earn it. Members earn rat milk by helping build the community (AKA: hopping onto the discord and making friends). Earning enough rat milk will ultimately get you on the White Cream List. There are also other ways to get on the coveted Cream List — for example, by being an early participant or a holder of an OG Weirdo.

What else can you do with Rat Milk? While the answer to that is still up in the air, speculation has it that it can be spent on future NFT drops and exclusive experiences within the Weirdos Universe.

The Weirdos roadmap shows another event called Project W. We can only make guesses over the intricacies of it, except that the future of the Wierdoverse depends upon it.  DUN-DUN-DUUUUN!!!

We love their website. It reminds us of one of those bars that have a wall of mugs with the names on it….name of the drunks that came to the grand opening and spent a lifetime of beer money on a mug so they could say, “Hey look! There’s my mug. I’m kinda a big deal.” The Weirdos have a whole page that introduces 401 of the OG Weirdos. There is also a page that shows The Rat Milk League, a list showing just how much rat milk has been collected—and by whom—500 members are currently collecting milk.

Overall, their team seems well rounded with a pretty solid line of skill sets, though only one of them is doxxed, and that is Jason Reynolds, their digital designer. Wish we had more to tell about The rest of the Weirdo Crew, except that they’re weird (but we already knew that).

Their followings, discord at 16K+ and twitter at 10K,+ are impressive. They have really cool marketing and their discord activity is definitely present with all those wanna-be weirdos trying to earn rat milk. But besides the promise that there could be opportunities to grow the story, there isn’t much else said about the future of the project. Dang….wish there were more specifics to this. It also would build some investor confidence if they shared some sort of allocation news regarding wallet funds and where those will go and to further what.

If you are a weirdo or an art collector, this NFT might wet your whistle. Otherwise, it’s probably smart to wait to find out what the future of this project holds and where the wallet funds go.